It is no secret that Moody’s Credit Rating Agency will be keenly glued to South Africa’s 2020 Budget Speech scheduled for the 26th February, to determine whether or not to maintain the country’s investment grading. This SONA was arguably the country’s most important, because it set the tone for the upcoming Budget Speech. While 2020 SONA disruptions, debates, and announcements continue to dominate national news headlines, the City is cognisant that the President’s announcements will only be as effective as their implementation at the city level. Way after Moody’s decision, how the City takes up the President’s challenge of financial prudence, red tape reduction, investment facilitation and job creation will be crucial in determining the quality of life of millions.

The following commentary isolates and highlights the top 8 issues from President Ramaphosa’s announcements. They are specifically from the perspective of the City’s Economic Development Unit and selected for the purposes of provoking critical thought and impactful decision making.

These include:
1. Loadshedding and independent power producers;
2. The call for all Durban’s SOEs to be financially viable;
3. Youth job creation initiatives;
4. Making it easier to do business;
5. Tourism security initiatives,
6. A budget boost for infrastructure and,
7. Master plans
8. The City’s plans around cannabis production.

We would be delighted to receive your comments, queries and insights on [email protected]

What are the main issues in the 2020 SONA for Durban's economy?

President Ramaphosa has acknowledged that continuous loadshedding has had a dire impact on the economy.

About Durban: Apart from its detrimental effects, loadshedding has resulted in real revenue loss to the City in the past financial year; as less energy is procured by customers. Loadshedding also increases faults and network damage, resulting in users actively switching to alternative energy sources.

Continuous NERSA-approved increases have resulted in government essentially pricing itself out of the market, as customers are looking at alternative, more affordable power sources. This is a concern to the City as profits made from electricity sales are critical for Council to meet its service delivery obligations.

Response to load shedding: Several options are on the cards for the City, some of which will announced shortly. One potential option is the installation of renewable energy infrastructure owned by the City, on the premises of customers. This eliminates complete dependence on Eskom, maintains revenue generation for the growth of the City, and minimises the effects of load shedding for all parties. Secondly, smart metering systems. This would allow the City and customers to switch off non-essential appliances at times of high energy demand; averting pressure on the grid and ultimately the need to load shed. Finally, the President’s decision to allow procurement from IPPs is a landmark announcement, as municipalities in good financial standing will be allowed to procure power from independent producers. Given eThekwini Municipality’s achievement of A1+ short term and AA+ long term credit ratings (Global Credit Rating, 2019), this option is available to the City. Lastly, since this is a growing industry nationally; small business support programmes would do well to develop renewable energy businesses. 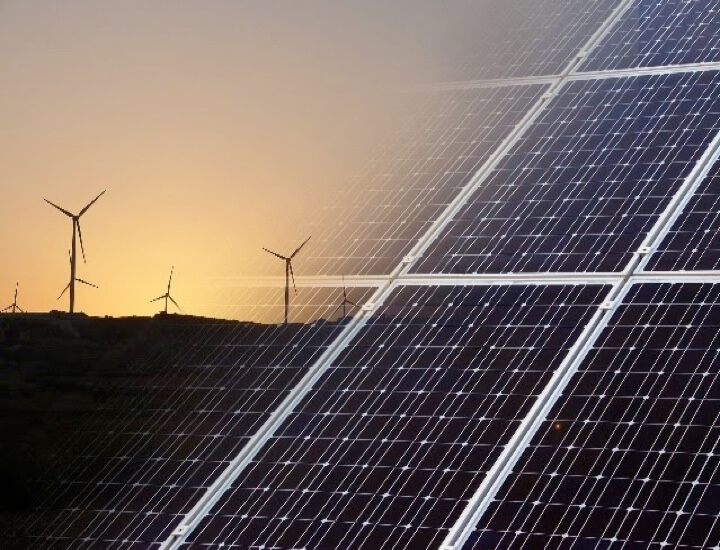 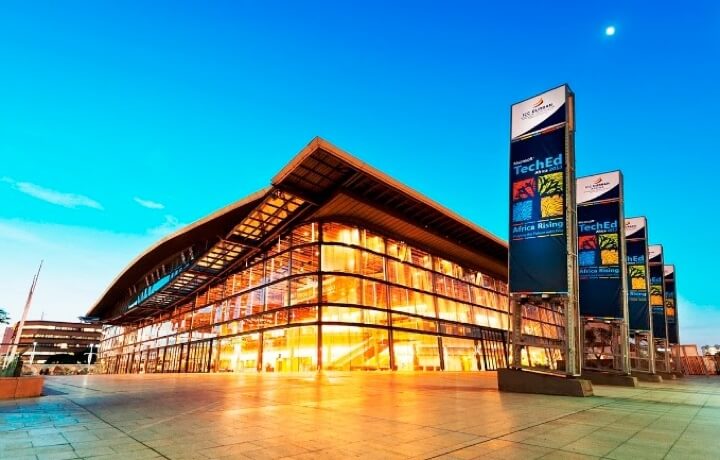 Government is moving from the stabilisation of state-owned enterprises (announced in 2019 SONA) to repurposing them to support growth and development.

The big SONA announcement: This year the focus is on ensuring that SOEs are financially viable and generate profit; for which controversial developments at Eskom and SAA (voluntary retrenchments, flight route dropping) have set the tone.

About Durban: The move towards profitability also sets the ‘belt tightening’ tone for the Municipality’s own entities which- with the exception of the ICC- require support in achieving sustainability. This is important due to the central role they play in maintaining the Durban’s top tourism destination status

Jobs our for youth?

The big SONA announcement: One percent of the country’s annual budget will be put aside to assist with youth employment levels; immediately. This will go toward six initiatives, including a National Pathway Management Network (NPMN) for young work-seekers. The NPMN will allow youth to “view and access learning and work opportunities, receive a basic package of support and work readiness training, and to be matched to employment and other economic opportunities” (SONA, 2020). The National Youth Development Agency and the Department of Small Business Development will provide grant funding and business support to 1,000 young entrepreneurs in the next 100 days, from the 13th February 2020.

About Durban: This government initiative will be much welcomed by the youth of Durban who like the rest of the country’s youth, are faced with the challenge of unemployment. The youth unemployment rate for Durban stood at 31.9% in Q4 of 2019. The challenge is out for small business development programmes in the City to encourage their youth signatories to be counted amongst the 1,000 young entrepreneurs. 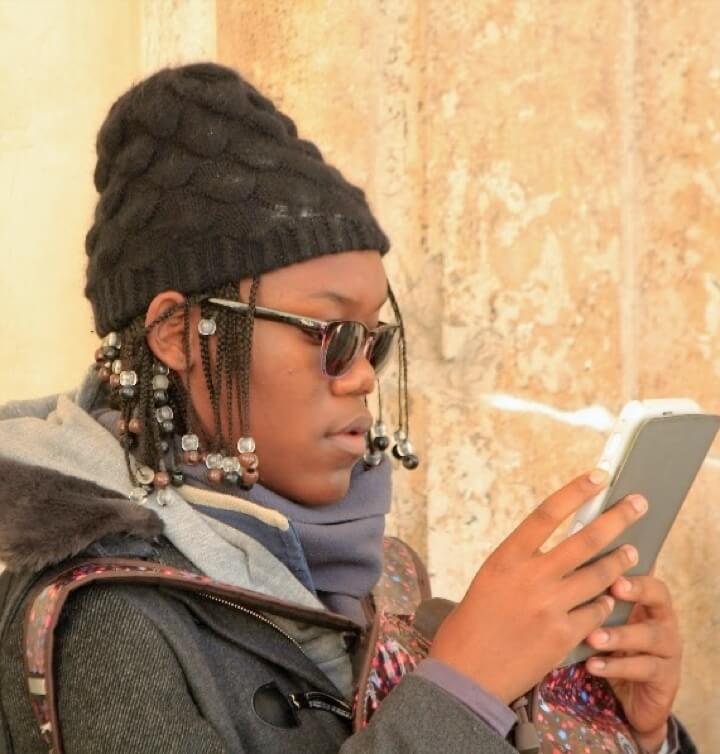 Let’s make it easier to do business

South Africa is ranked 84th of 190 countries by the World Bank, for our cost and ease of doing business in 2020. This mediocre rating is counterproductive to the President’s investment drive.

The big SONA announcement: Reforms are underway, but two are notable nationally. Firstly, business water licenses applications (WULAs), made at national level; will be reduced to a 90-day window, from the current window of up to five years. Also, Bizportal will now process applications to start companies “within a day”, rather than its current 30-day timeframe.

About Durban: The City is also aggressively reducing business red tape at the local level. In 2018 the World Bank ranked Durban between the 2nd and 8th (of 9) easiest cities to do business in South Africa (depending on the indicator). Since then, business electricity applications can now completely be conducted online, and the waiting time has also been reduced. The municipality has also reduced the turnaround time for water permits (different from WULA) from 36 days to 16 days.

Tourism is one of South Africa’s key economic sectors, but it is also hampered by global perceptions of high crime rates in the country.

The big SONA announcement: To support the growth of the tourism industry, SAPS will increase visibility at identified tourist attraction sites. Tourism Safety Monitors will establish a reserve police capacity to focus on the policing of popular visitor areas in the country.

About Durban: Tourism is one of the most important sectors for the sustainability of Durban’s economy. Between 2016 and 2018, tourists spent just under R12 billion per annum in the City, while in the 2019 festive season, over a million visitors were reported to visit. It is therefore important for the City that security is beefed up in its tourism destinations. Security is also a municipal priority, as CCTV cameras have been installed along the beachfront and inner city to beef up security measures.

South Africa is in desperate need of investment, while the construction sector has been in recession since 2017.

About Durban: The construction sector in Durban is in distress, having only achieved positive growth once in 11 quarters over the past three years. While this mirrors the national construction performance - Durban has performed worse than the country, and is the worst hit of all top 5 metros. However, all is not lost. There are currently over 30 catalytic investments (physical investments valued at above R500 million) being facilitated by the City; most with a number sub projects each. They are valued at over R400 billion in total, and their success is dependent on successful construction processes, efficient approvals, and coordinated countering of work stoppages and intimidation on construction sites. The City needs to ensure efficient approvals while government needs to work together to improve efforts to protect the construction sector from work stoppages, while simultaneously ensuring transformation. For more Durban information (Catalytic Projects Only), contact: George Mohlakoana ([email protected]), Head: Catalytic Projects Unit

Growth performance of the construction sector

Cannabis in the City!

Cannabis is renowned as having high economic growth potential; but the industry is also infamous for impossible barriers to entry and unclear policy guidelines.

The big SONA announcement: Government will open up and regulate the commercial use of hemp products, providing opportunities for small-scale farmers. Government will also formulate policy on the use of cannabis products for medicinal purposes, to build the industry in line with global trends. 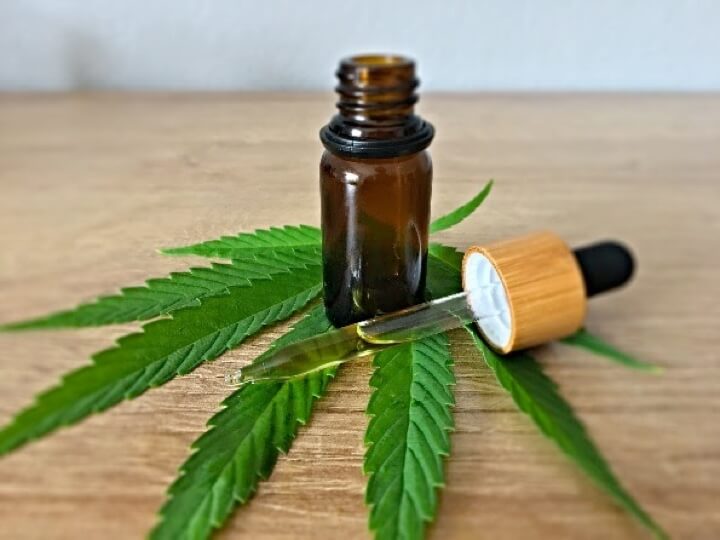 About Durban: Cannabis is one of the five key commodities identified in the City’s 10-year agro-processing master plan. Within it, there is a 3-5-year strategy for the production of cannabis for medicinal purposes. The strategy notes that there is limited research on this commodity in the City and that barriers to entry are almost impossibly high for small players (e.g. each commercial license for cannabis production is estimated at R500 000, while a research license is slightly less). The focus of the City’s Agribusiness Department on this commodity is therefore to conduct more research on the cannabis production value chain and the required infrastructure for small scale growers, and to understand how best to assist small businesses to acquire the other inaccessible production licenses. The reality therefore is that for small scale growers; cannabis production opportunities will not be achieved overnight. For more Durban information, contact: Vuyo Jayiya, Deputy Head: Business Support Unit (for Agri-Business Department)

The big SONA announcement: National government is in the process of rolling out master plans in vital economic sectors.

Through the Auto Master Plan, South Africa sold more cars to the rest of the world last year than ever before. On the back of this success, the Clothing and Textiles Master Plan aims to create 121,000 new jobs in the retail-clothing textile and footwear sector over the decade by amongst other strategies, committing to buy goods locally. Further to this, national government has developed a plan with farmers and industrial users to save jobs in the sugar industry and will finalise a Sugar Master Plan within the next six weeks.

A Poultry Master Plan has also been completed, which will support chicken farmers and processors; including a new poultry import tariff adjustment. Finally, a Steel Master Plan is also on the cards and will be released in the next few weeks.

About Durban: The Poultry Master Plan, tariff adjustments included, are significant for Durban because despite the exports of non-live poultry growing at an annual rate of 7% nationally in the past decade, Durban’s exports of the same products declined at a rate of almost 10% per annum.

The exports of live poultry from Durban dissipated from R4,6 million in 2018, to R0; none in 2019. Durban is also the largest importer of all poultry products of all cities.

The Clothing and Textiles Masterplan is also significant for Durban, as its onslaught from cheaper imports are well known, with 30% of all clothing and textile production in the country are from the City. Finally, Durban’s sugar and steel industries have also been under threat due to increasing imports from China and Brazil, and therefore Masterplans are significant positive developments.